Video: Get Shot Out of This World-First Bungy Catapult in New Zealand

Maybe it's been too long since you've been shot out of a cannon. Or dangled and bounced hundreds of feet above a ravine. Or had your head snapped back with 3 G's of force in only 1.5 seconds of acceleration.

There's a new experience in New Zealand that will give you all those thrills and more. The Nevis Catapult has launched – literally – on New Zealand's South Island outside Queenstown.

Even the walk on the arm leading to the experience tests your head for heights. When you reach the pod, you're 500 feet (150m) high overtop of the remote Nevis River canyon. 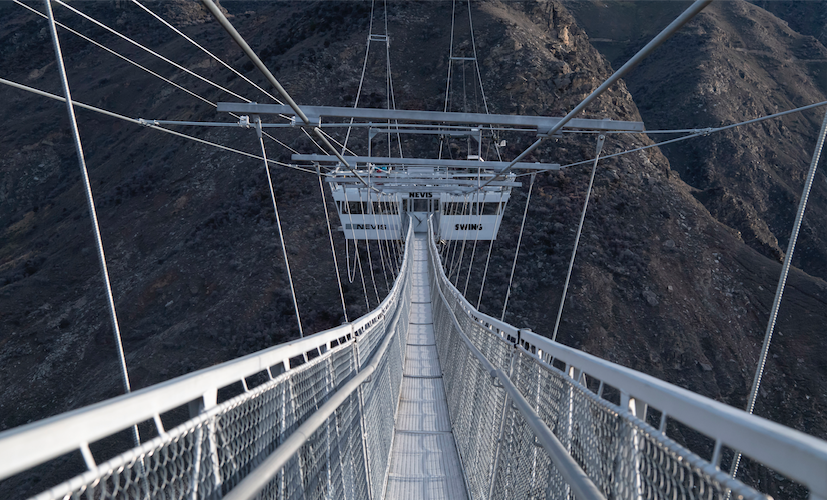 The Nevis Catapult experience is 3-4 minutes of pure adrenaline from release to recovery. Harnessed up, thrill-junkies are lifted into an almost horizontal 'flight' position using a customized and advanced system of winches. Then you're 'shot' 500 feet forward into the canyon, reaching 60 mph (100 km/h) in just 1.5 seconds. That's when the bungy (or bungee) kicks in, snapping you back for a dramatic series of bounces over the canyon floor hundreds of feet below. 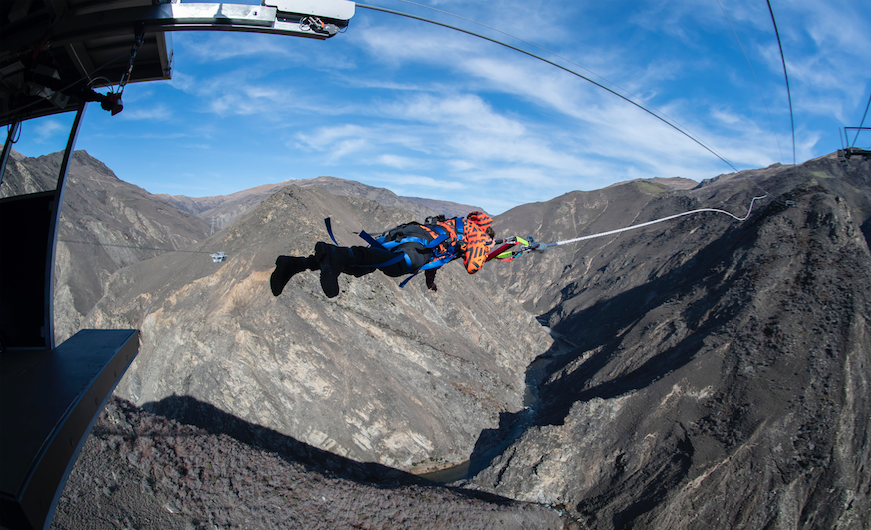 Hit speeds of up to 60 mph/ 100km/h in 1.5 seconds when you try out the world-first Nevis Catapult. Tourism New Zealand. Credit: James D Morgan

Unlike original bungy jumping experiences, which involve passive release – just jumping - off a high point, the Nevis Catapult adds the action of 'flight' in the first, horizontal propulsion stage.

Height, flight, and speed. It's a daring combination that's never been done before and already has rave reviews.

Queenstown, New Zealand is already on the map of the global adrenaline junkie set. It's the location of the world's first permanent bungy jumping site, at the Kawarau Gorge Suspension Bridge. It was established in 1988 by the same pioneering bungy company that has now developed the Nevis Catapult. As the 'original home of bungy' reaches 1 million jumps on its 30th anniversary, the Nevis Catapult takes bungy to another, insane level. 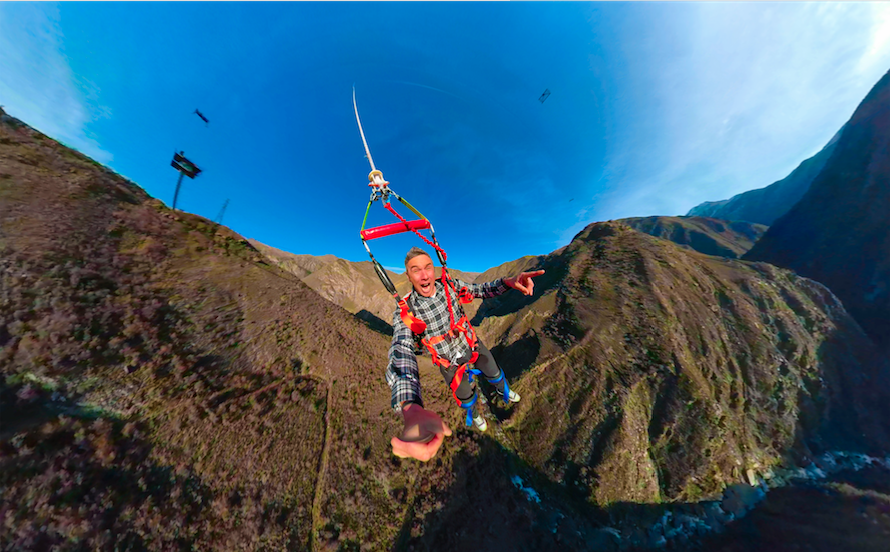 But you can tell your inner nervous voice or your mother it's all perfectly safe. This one-of-a-kind rush has been years in the making and testing. It meets global safety and New Zealand adventure sport and amusement device standards. Even kids as young as 13 can experience the Nevis Catapult.

So if it's been a while since your heart was beating through your chest and you screamed in excitement, the world's biggest and most extreme catapult awaits you in the adventure sport center of New Zealand.

This Alpine Resort Has the World's Highest Snow Maze

Move over corn mazes! The winter version of the classic fall countryside activity is the snow maze. And one ski resor... learn more

On the Night Train: How to Jump On Board One of European Travel’s Hottest Trends

Europe is banning short hopper flights in a battle against emissions. The move is sparking a rail revival – and parti... learn more

Did you Know? The Leaning Tower of Pisa is... 'Straightening Up!'

Will it soon be named the Perfectly Ordinary Tower of Pisa? Will the Tuscan city whose claim to fame is an off-kilter... learn more

Made You Look: The Quirkiest, Most Creative Tourism Marketing Campaigns of 2022

Now that we’re traveling again, destinations around the world have been wooing visitors back – with promotional video... learn more